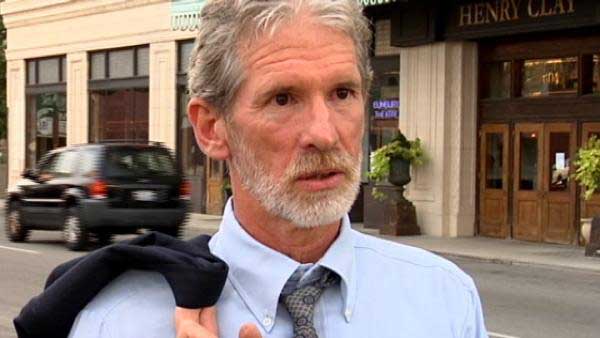 LOUISVILLE, KY (WAVE) – He once ran for mayor an now he’s challenging citations in a high-profile case, involving his bicycle. Jackie Green was charged with obstructing a highway and disregarding a traffic light on his bike in November. In his third preliminary hearing Friday his attorney motioned to bring an expert witness to the trial. Green has been offered a plea deal, by pleading guilty to the traffic light charge and paying court fees, to avoid up to 90 days in jail. Green says he’ll fight this until his entire case is dismissed in order to bring justice for all bicycle commuters. “This is bigger than me,” he said. “This is about the safety of cyclists. It’s about cyclists being able to operate on their bicycles in a safe manner, taking measures that increase their safety without fear of wrongful prosecution by the state.” A police officer claims to have warned Green to use the bike lane and subsequently caught him riding through a red light. The case returns to court Sept. 22.