Cycling advocacy and other public events should not hinder public transit 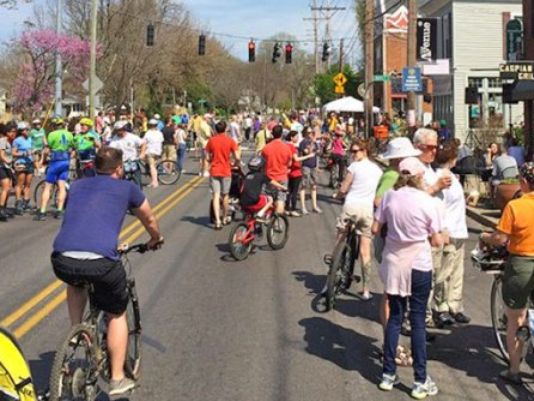 On Friday morning, an angry cyclist came into my bicycle shop, Bike Couriers, complaining that the city had closed the Clark Memorial Bridge (Second Street) and the Big Four Bridge for Thunder Over Louisville. He could not get to Indiana by bike. I asked him to consider the anger of the bus riders who will show up at bus stops this Sunday only to find a street-closing event,CycLOUvia, has rerouted and rescheduled the buses that take them to work.

Once again Louisville will sabotage the public transit system, and TARC riders, already burdened by very infrequent service on weekends, will find both the TARC schedules and the TARC routes blown. People who depend on the bus will be late for work, may miss work entirely, could lose their jobs as a result. Grandchildren will not get to visit grandma. Mothers’ grocery shopping plans will be trashed.

Public transit-subversive events are not limited to the cycling community. Charity runs/walks, races, fairs, parades all share responsibility. Such events take place nearly every spring, summer and fall weekend. Cities and citizens depend on the reliability of urban public transit systems. No compassionate city would do this to those dependent on public transit.

Louisville would do well to apply to events the real estate adage “location, location, location.” River Road, for instance, is a beautiful corridor with no significant cross streets and no TARC routes. Why not make River Road, a park, or an equivalent venue the “parade route”? The question before us is one of venue; the question does not challenge the event.

For those cyclists who are up in arms about my raising this issue, please remember my cycling credentials. I began commuting by bicycle from the Watterson, down Shelbyville and Lexington roads toward town in 1975. I moved back to Louisville in 1999, car-free, and began working immediately on cycling advocacy. I had 10 community leaders cycle to work the two weeks prior to Bike to Work Day. I started bike valet service at Forecastle and other events. I started a bike courier service in 2003, opened a bike shop downtown in 2005 and another near UofL in 2008. I helped develop and pilot UofL’s Earn-a-Bike program. There are few more invested in Louisville cycling than I am. Few demand more of the city than I. Cycling advocacy is best when conducted within a larger context of transportation, land use, energy, justice, environment, etc. Cycling advocacy should not be done at the expense of public transit users.

About the author: Jackie Green owns Bike Couriers Bike Shop and is an advocate of walkable/transit-rich cities. Green also is a past independent mayoral candidate, and he’s been car free since 1999, flight free since 1993.